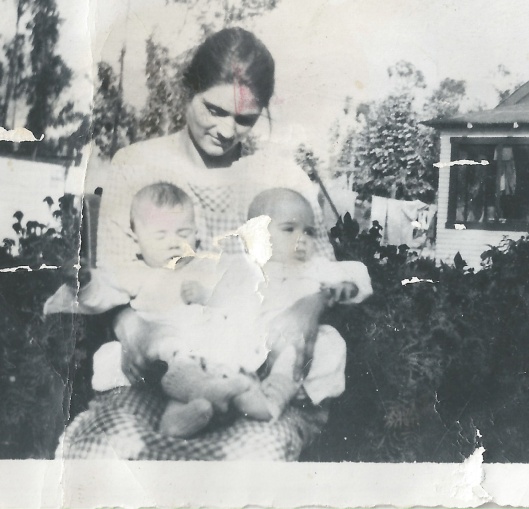 I was in my thirties the day I was visiting my Grandma (pictured above as a young woman holding her firstborn twins). Now in her eighties, she lived alone since Grandpa had died. I lived close enough to enjoy occasional lunch-time visits with Grandma, and she always delighted in giving me news updates on all her family members (many of whom were in the pastoral ministry). That day I didn’t come for lunch, as one of her greatest joys—serving delicious meals to guests—had become too taxing for her.

This day I sat on her living-room couch. She stood nearby, pointing to a photo atop the old, upright piano.

“They tell me that’s my daughter. But I don’t know her,” Grandma told me.

Grandma had always been so strong, bright, and capable. When things like this started happening, it took the family a while to catch on. Finally, one day one of my aunts received a call. Grandma had been found wandering, lost in a neighborhood quite a distance from her home. She was carrying Sunday School literature that she had the idea she should take to people in this new neighborhood. But she became disoriented, confused, frightened, and dehydrated.

It was not easy to get her out of her home, take away her independence, and finally have to place her in an Alzheimer’s facility. She resisted and we wondered what happened to our sweet, loving mother and grandmother. But with proper, secure living arrangements and medical care, she lived into her nineties. Though she could no longer say our names or remember anything since her childhood, and we struggled to make sense of the things she said to us, her face always lit up when she saw us coming. She knew we were “hers” and she seemed encouraged by our visits.

My father drove down from another state to visit her as often as he could.

In these situations we often ask, “Why, Lord? What good could possibly result from this?”

It was hardest for my aunts. But my dad actually received a beautiful, healing experience during his visits to his mother.

After she got past the belligerent stage many go through in early Alzheimer’s, the traits that came to the fore were her ministry mindset (she had been a pastor’s wife) and concern for other people. Her mind decided that if all these people had gathered in one place, it must be a church gathering or campmeeting time. And all these people would need to be fed! She talked about getting a bunch of chickens and putting them in a big pot to cook for these hungry people who were milling in the halls and sitting in the common areas.

Grandma had worked hard all her life. Daddy had probably never before had opportunities to just sit with his mother and be with her. I tell in Journeys to Mother Love about Grandma being “different” as a child because her father was half American Indian; about her beauty and gentleness but stoicism. How she never held Daddy on her lap as a small child. (He tells me he has no memory of being hugged or ever told the words, “I love you.”)

Now, after Alzheimer’s took away Grandma’s inhibitions, she sat close to him and reached over and held his hand. Even though she couldn’t say his name or talk about common memories, my father, now in his mid-sixties, experienced for the first time these expressions of mother love. A healing balm was applied to the painful memories of an emotionally-crippling childhood.

Our Lord is working through everything in our lives to bring us healing and wholeness. As our heavenly parent, he never forgets. He is ever mindful of us, ever reaching for us, ever expressing His love, even through the unlikely means of a terrible disease like Alzheimer’s. 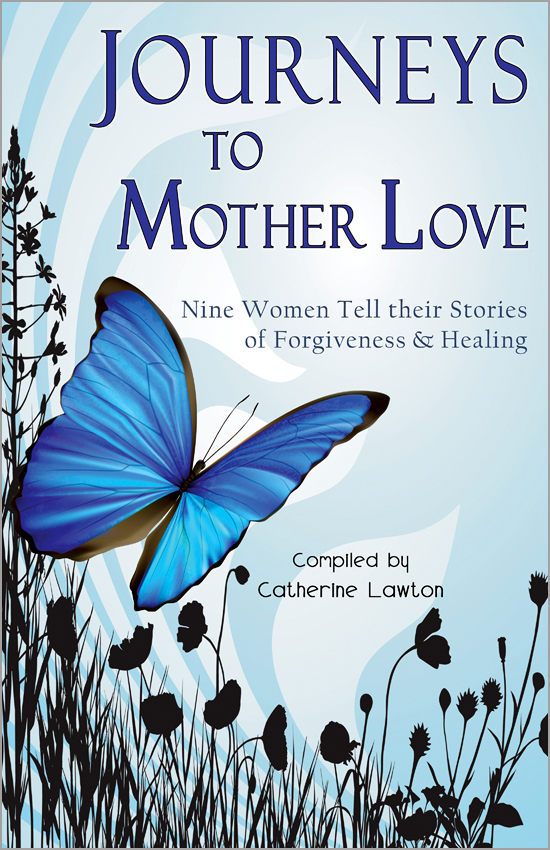